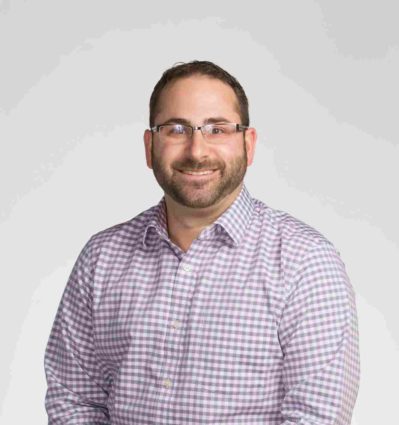 In 2017, more than 25 million people worldwide will take a cruise vacation, according to an industry trade organization. Such trips offer relaxation, delicious food and world-class entertainment. Ever wonder what goes into creating cruise ship entertainment venues for performing arts? Dive into this two-part blog to find out more. This week we’ll learn about an architectural partnership spanning more than two decades, along with some of the planning and logistical challenges onboard cruise ships.

One of the world’s leading cruise ship lines is Royal Caribbean International (RCI). Along with its 25-ship fleet, RCI owns Celebrity Cruises and TUI Cruises of Germany, which together total 15 ships.

Boston-based architecture firm, Wilson Butler Architects (WBA) has worked with RCI for more than 20 years on numerous ships. “We enjoy helping them come up with the next big ‘wow’ venue or attraction,” says Ben Marcionek, an Associate with WBA.

In addition to cruise ships, WBA has designed a wide range of land-based facilities, including performing arts centers, theaters and academics spaces. “For cruise ships, we’re often the master planners, so we’re involved very early on in the design process,” he explains. “Part of our job is advocating for the needs of the entertainment staff.”

Like cruise ships, these needs have evolved over time. When WBA started out with RCI, the most common onboard venue was a Las Vegas-style show lounge. The turning point came when WBA was asked to help plan the world’s largest cruise ship at the time, RCI’s Voyager of the Seas. With the decision not limit the design of the ship to the dimensions of the Panama Canal, this afforded the designers to develop a more much substantial theater venue. So, after evaluating the proportions of the available space, WBA suggested a full proscenium theatre rather than a show lounge. Since then such Broadway-style theatres have proven so popular they are now standard on all new RCI ships. 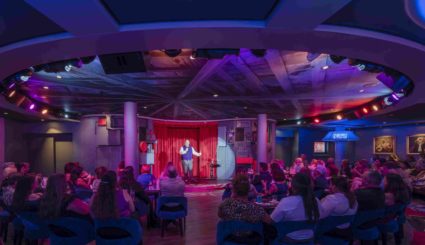 Onboard proscenium theaters present unique design challenges because space is extremely tight. Usually just three decks worth of vertical space is available in addition to one stateroom deck for the fly loft that is typically less than 3m high. “Our client always reminds us that every stateroom lost could cost them significant revenue over a ship’s lifetime,” notes Marcionek.

The limited fly height prohibits full scenes from being flown in and out; instead scenery is often pushed on and off stage. House curtains are typically gathered Austrian-style, rather than fully flown above. The proscenium opening and fly space in the world’s largest cruise ships, RCI’s Oasis class, measures 15m, which is generous compared to many earlier ships.

Architecturally, the main theater usually occupies the ship’s bow, or front, which means the back-of-house area is even farther forward. Through experience, WBA has developed a very good sense of what is needed for planning scene storage, dressing rooms and even an efficient laundry and costume fitting room.

These support areas are shoehorned against the curved hull, amidst steel supports and anchor chain housings. Every square inch is used, including shelves mounted on the hull’s interior. WBA also works to ensure the entertainment areas are separate from other ship operations – including different walkways, doors and staircases – for logistical reasons and to ensure the performers’ safety and privacy.

Most ships have between 12 and 18 professional performers. Onboard production staffs are also lean, often averaging less than ten people, including sound, light and video personnel. Everyone works very efficiently to quickly turn around shows throughout the day across the ship’s multiple venues.

Compared to a land-based theater, the load-in/load-out process is also extra challenging. Because cruise ships lack large loading doors, most equipment is loaded by fork-lift through a hatch in the ship’s side, often only 1.8m high by 2m wide, and lowered by chain hoist to the back of the house.

Scenery is specifically designed around these limitations, often constructed on the ship. Unlike land theaters, ships lack a scene shop, significant wing space and areas for set prep and storage. WBA’s design work includes optimizing limited storage space and determining how to secure set pieces in compliance with Coast Guard regulations while at sea.

Just as on land, turnaround time is also tight – usually less than a day – although shows don’t always change for each cruise. After a period of time, certain shows are rotated among a company’s different ships.

Next week we’ll learn more about planning and technology trends in cruise ship entertainment, including two unique RCI performance venues that were “firsts” on the sea.

[Photo Credits for 3 Venue Images in Collage: Harmony of the Seas’ Royal Theater, Studio B and Comedy Club all photographed by Anton Grassl/ Esto.]

To Our Friends in the Industry