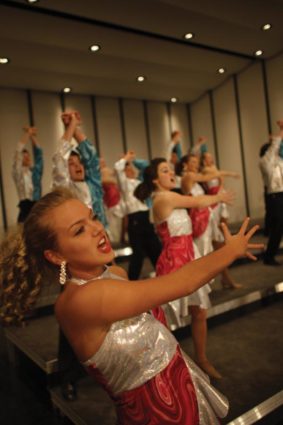 There are different methods to measure the value of arts and culture in the United States, including hard data and dollars. But a softer, personal perspective that is less quantitative and tangible still can be equally valid. This week’s article will examine both sides, starting with a recent national economic report and ending with an impassioned personal reflection.

Last month the U.S. Department of Commerce, through its Bureau of Economic Analysis, released statistics measuring the level of arts and cultural economic activity nationwide. The most recent data, from 2014, shows 1.9 percent inflation-adjusted growth and a $729.6 billion contribution to the nation’s gross domestic product (GDP). That’s 4.2% of the nation’s overall economic activity. Since 1998, this contribution to the national GDP has risen 35 percent.

The National Endowment for the Arts (NEA), which collaborated on the study, issued its own press release that includes a number of national and state-level facts, including these:

To highlight select industry totals, the NEA created an interactive infographic that breaks down the economic impact and 2012-2014 growth rates for sub-sectors including: performing arts companies, performing arts presenters, sound recording and broadcasting. The NEA offers a variety of resources, graphs, charts – enough to satisfy any data-loving wonk looking for a deeper dive.

Before performing arts workers can become employment statistics or trends, most start out completing some type of individual training or education. Here in Minnesota, we are watching the debate over funding The Perpich Center for Arts Education, a two-year public arts high school that graduated its first class in 1991. Current enrollment is capped at 310 students: juniors and seniors from across Minnesota admitted through a competitive application and review process. The arts programs include dance, literary arts, media arts, music, theater and visual arts.

Critics in the state legislature cite a recent January 2017 audit that found declining enrollment, a lack of oversight and low test scores. Supporters are asking for additional time for recent changes – including new school leadership and board – to take hold. Perpich graduate Jordyn Arndt wrote an impassioned opinion piece supporting the school in the StarTribune newspaper last week. She’s currently a graduate student in the School of Advanced International Studies at Johns Hopkins University.

Arndt’s essay eloquently argues why the arts are essential, and we’ll end this week’s blog with some selected excerpts:

“In an increasingly polarized society, arts education has become more important than ever. The arts teach students how to relate to others, communicate effectively and devise creative solutions to complex problems. They enable us to recognize that what we have in common is greater than what divides us….In today’s complex environment, we need more support for the arts, not less.

“…As a graduate of Perpich Center, I firmly believe in the power of the arts to foster the very qualities that will help us to overcome these challenging times….The arts foster thoughtful, creative and critically thinking citizens able to make a positive impact in their communities…

“As an aspiring diplomat, I’ve relied on my arts education time and again in developing relationships and advancing my work. Whether conducting interviews in Morocco as a Fulbright Scholar or making friends on a business trip to Myanmar, I have established rapport by expressing interest in local art traditions. Developing an appreciation of the arts enables one to meaningfully connect with others, regardless of how different they may appear at first glance.

“I believe that our relations with people on a global and local level could be transformed if we possessed a greater understanding of what makes us human, an understanding that is principally fostered through the arts.”

Teaming Up: Performances in Hockey Arenas