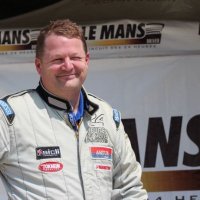 Over the next three weeks, we’ll examine security in performing arts centers from three different angles: operations, planning and training. This week we’ll focus on safety procedures and practices at the AT&T Performing Arts Center in Dallas.

“Because we are such a soft target, we place a lot of day-to-day emphasis on security, says Russell Read, CFE, CMP. He’s Vice President of Operations with the AT&T Performing Arts Center in Dallas, Texas, which includes the 2,300-seat Winspear Opera House, 600-seat Wyly Theatre, 2,000-seat amphitheater, two parking garages and a ten-acre park.

Read believes there is not much planning for security in performing arts center design today, even after 9/11 or the Paris Bataclan concert hall attack in 2015. “It’s up to the PAC operator to develop security measures,” Read explains, noting that his facility is very flexible. Security protocols are adjusted based on perceived risk, with each show carefully evaluated.

“We may change our plans if former President Bush and Laura Bush are attending the opera here,” he notes. “If we’re just doing a regular Broadway show, we may relax a little bit.

“Do I wish I was a stadium where everyone was patted down and only clear bags were allowed inside?” Read asks. “Yes, absolutely! The stadium guys have it easy.”

While an open-carry building, Read had to tell his staff this hard truth: an active shooter scenario would be the only time he would advise them to run away from danger and not worry about their patrons.

“Law enforcement personnel in Texas, like many other states, are trained to shoot anybody with a weapon in an active shooter situation,” Read explains. “So a well-intentioned patron pulling his or her own weapon just becomes another target.”

Read’s facility, advised by legal counsel, later joined with other Texas public assembly facilities in objecting to the law; the attorney general ruled in their favor.

To help with early risk assessments for any event, Read values the insights of peers. He cites a well-known industry adage: There are only 15 people – we just keep changing jobs. “It’s more true than anybody really knows,” Read says. “If you’re running a PAC and you’re not in the network, shame on you, because we’re a family.”

Even managers at competing facilities share information about past shows and experiences. “I’m always open to anyone calling me about a show we’ve done,” declares Read. “I’ll always be there for them.”

Read says safety probably occupies 30 percent of his time, yet impacts his thought processes for everything he does, including donor relations. (Numerous private donors raised 95 percent of the facility’s $350 million cost.)  He also works closely with the facility’s Director of Security.

When his facility opened, all staff who touched the public were trained as crowd managers. That education program keeps evolving today, extending to other scenarios like fire, tornado or active shooter.

This training includes front-of-house briefings for every show: spending 2-5 minutes on some relevant topic, whether severe weather or what the local police are hearing.

Large-scale training like CPR, is done quarterly and Read considers this part of customer service. “If one of our patrons is harmed in any way, that’s obviously terrible customer service,” he notes. Campus-wide, the staff numbers around 45 people plus 65 volunteers.

“We’re constantly updating our training, evaluating new and different threats,” explains Read. For example, this winter they incurred extra security cost for the annual holiday lights street festival. Police cars and dump trucks cordoned off any route where a vehicle could possibly harm the crowd. This was in response to the tragedy in Berlin, Germany, where a truck targeted pedestrians at a Christmas market.

“We’re doing our best to keep up with world events and the next potential threat,” Read notes. “That’s what’s changed the most for us over the last few years.

Being so attuned to safety, Read says it’s impossible for him to ever completely relax at any venue. “I cannot attend an event with my wife; I drive her absolutely insane,” he notes. “I’m always looking for the exits, assessing the security measures in place, looking at the suspicious package that’s just a leftover box of programs or looking at the man wearing the trench coat in 98-degree heat.”

He claims this happens everywhere, but especially at his own building. “My wife attends events here – but only with her friends!” Read concludes.