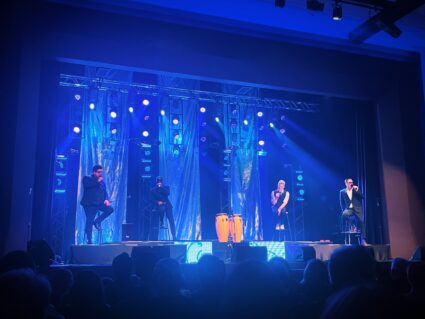 When you think of the holidays, what’s the first thing that comes to mind? Decorating the tree? Gathering with friends and family? Beloved traditions or sugar plums? At Wenger Corporation, it’s the music. And nothing says “tis the season” like Tonic Sol-fa.

Tonic Sol-fa first took the stage at St. John’s University in Central Minnesota back in the 1990s. Since then, it’s established itself as the most in-demand vocal group in the Midwest – and one of the most successful independent acts in the United States. Tonic Sol-fa’s original songs, albums, and arrangements have won numerous contemporary a cappella awards for best gospel song, Christmas original, and best pop album.

What makes Tonic Sol-fa so popular? For one, their dogged determination to share their gift with others. But even more so, their indelible sound, described by the New York Times as, “A vocal kaleidoscope…unique to the human voice.”

From those early ground-breaking days in Collegeville, Minnesota, to their three PBS television specials, Tonic Sol-fa has been run and operated by its a cappella members and a small, dedicated team of driven supporters. Current members of Tonic Sol-fa include lead vocalist Shaun Johnson (tenor and vocal percussionist), Greg Bannwarth (baritone and percussionist/vocal percussionist), Theo Brown (baritone), and Jared Dove (bass). The award-winning quartet performs approximately 100 concerts a year to more than 250,000 people across 48 states. But one of the biggest highlights is their annual, sold-out holiday tour in the Midwest.

“What an honor it is to have become a part of so many holiday traditions,” Johnson said. “I see friends, fans, and newbies at tour stops across the country with stories of favorite songs or heartwarming family celebrations.” 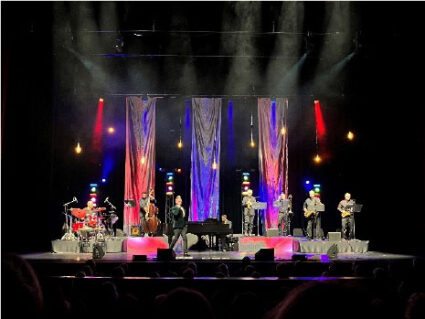 As a founding member and Emmy-award-winning lead singer/songwriter, Shaun Johnson sets the tone for these iconic performances. Johnson recently won two Independent Grammys, including “Best Original Holiday Song” for “Sno,” which is featured on “12 Dogs of Christmas” (the most popular Christmas video sold at Wal-Mart). With these incredible accomplishments, it’s no surprise that Johnson produces a Holiday Tour that profoundly resonates with his audience.

This year, Tonic Sol-fa has been busy making seasons bright once again, and Johnson’s doubling down on the holiday magic by partnering with another musical group: The Big Band Experience. That means you can celebrate the holidays with the unique vocal stylings of backed by the sound.

“It’s humbling that our music has even become a tiny part of the holiday season,” Johnson said. “I count myself blessed to witness the power of music up close and personal.”

This year’s holiday tours may be coming to a close, but you can still shake up the happiness this season with this Tonic Sol-fa YouTube playlist.

Want to see them live for yourself? Check out their upcoming tours at tonicsolfa.com/tour. 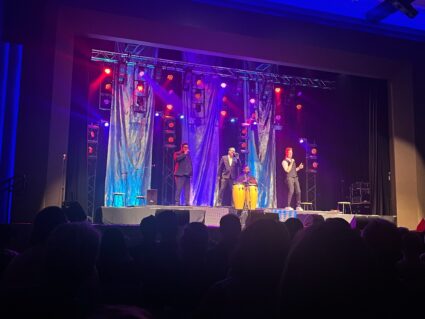